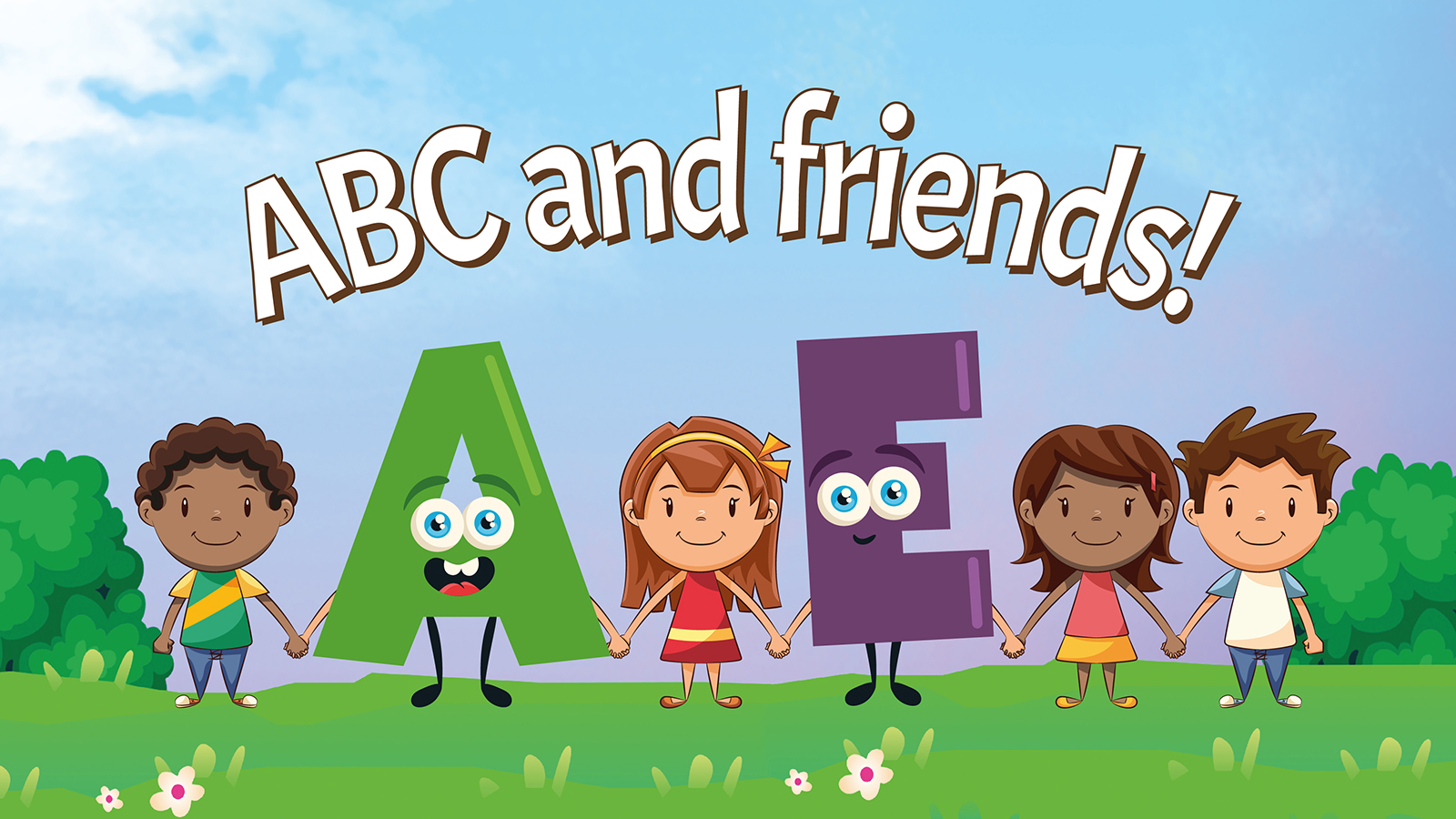 Playing educational board games with young children is an excellent way for them to learn foundational English Language Arts concepts like letter recognition and sounds.

Download the learning resources below and use them in the classrom or send them to parents to practice with their children at home!

There are three different resources here with delightful graphics and a box to assemble to keep the cards:

This game offers a set of alphabet letters and corresponding objects that begin with the letter. These can be printed and used in multiple ways. 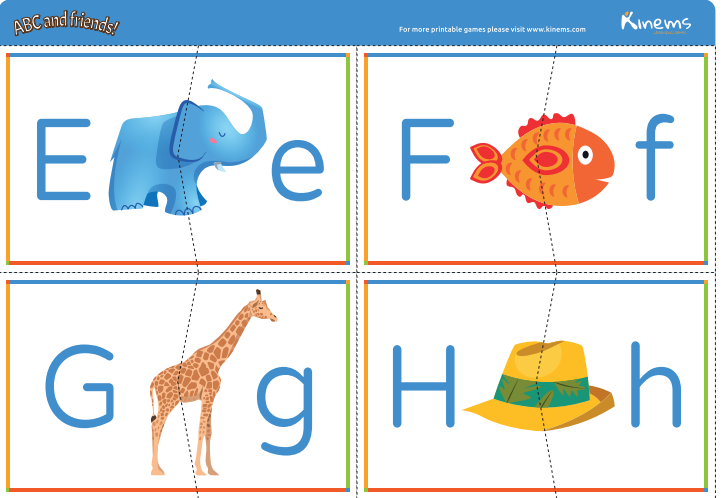 This is a self-correcting puzzle game. There are four letters to a page. You can cut up each page into 4 and then cut each of the puzzle pieces into the two pieces that match. There is a capital letter on the left side of the puzzle piece and a lower case letter on the right. Each puzzle has a graphic item that begins with the letter. For example, there is a picture of a kite in the middle of the K puzzle piece.

In this game, you have both the capital and lowercase letter clearly marked on one card and the matching object or animal that begins with that letter on another card. Cut out both boxes along the lines. 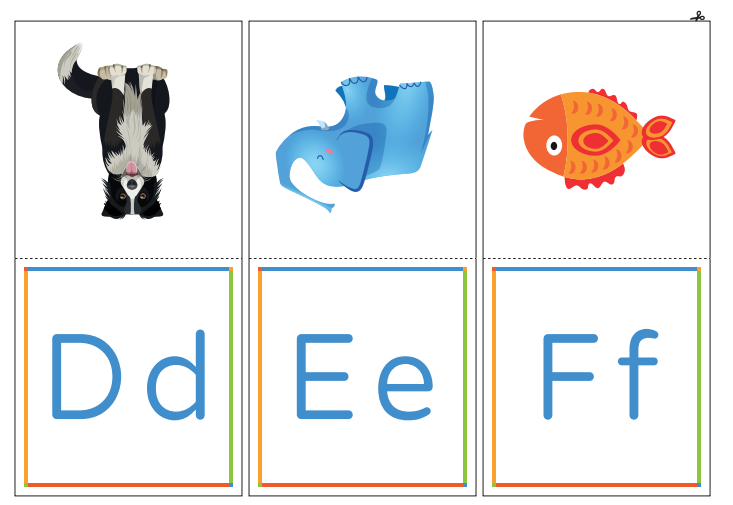 The cards can be used in multiple ways. They are a resource of brightly colored and large print capital and lowercase letters. 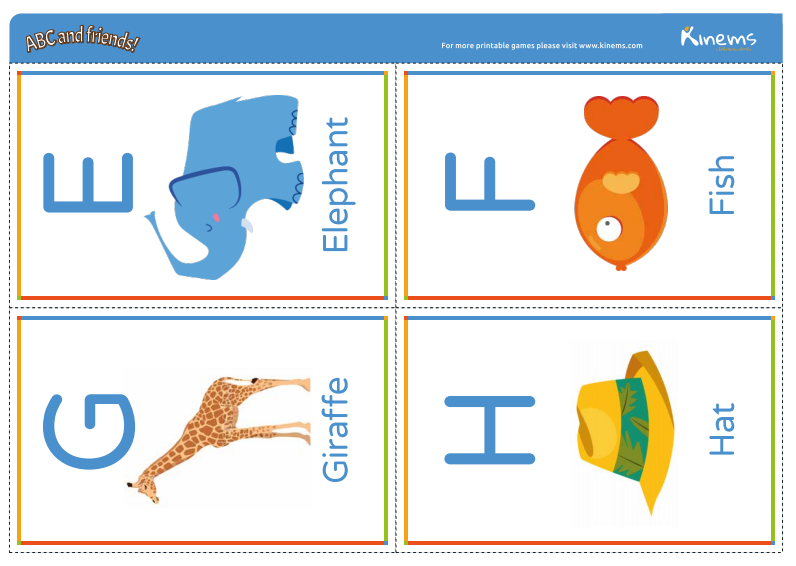 Each card of this game provides the capital letter and an image of an object or animal that begins with that letter on the same small card.

Some games require cutting and preparation. The first page of each game has a little paragraph that explains the purpose of the game in simple English so it is easy for parents to understand the concept. On some games there is a little “box” to cut out and assemble to keep the cut up game items inside in order not to lose them.

Get your students excited with Kinems educational resources!