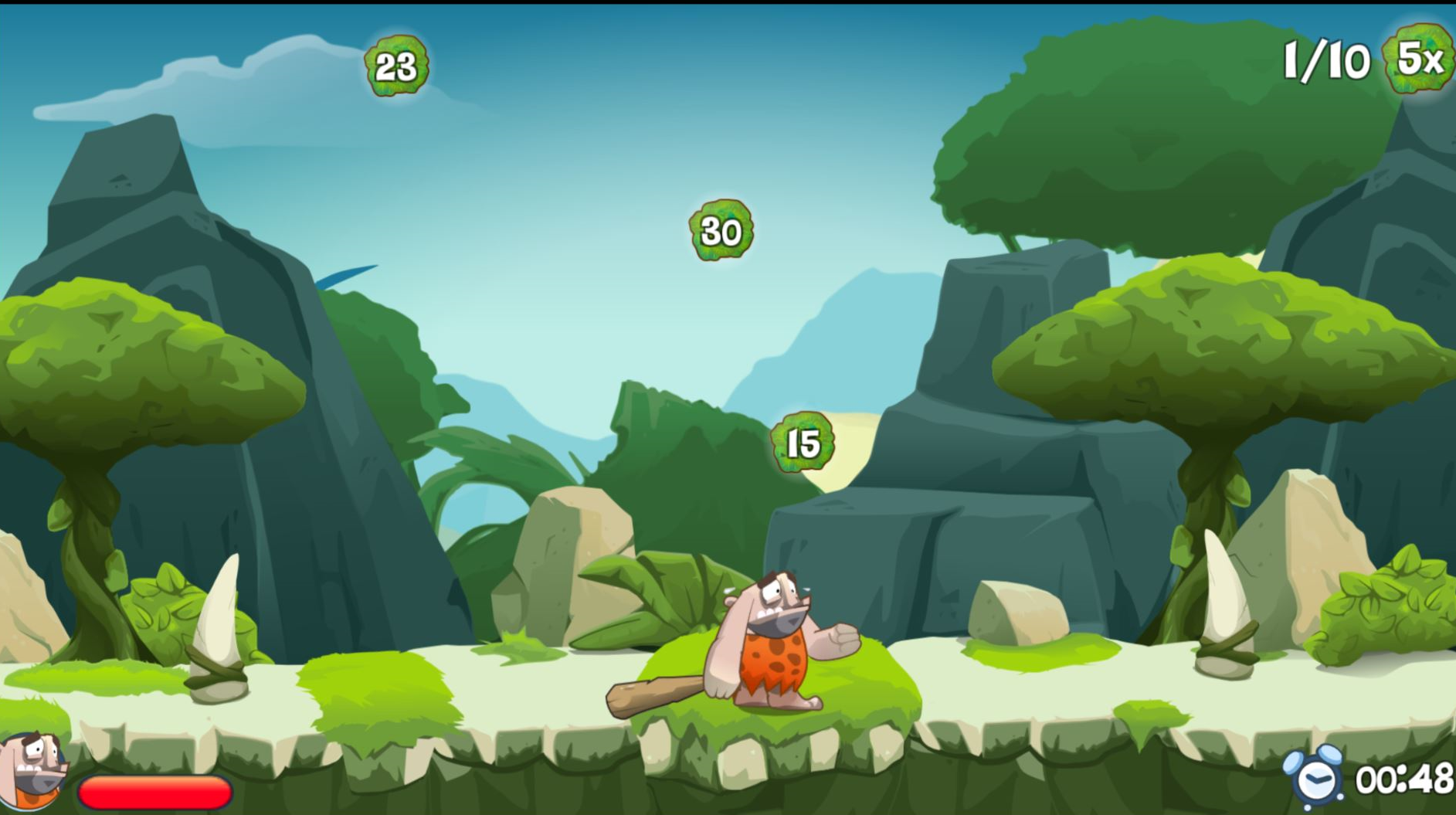 It is beneficial for a child to learn how to concentrate on a task, ignore outside interference, and stop inappropriate behavior during their preschool years. Cognitive control, including response inhibition and interference control, develops rapidly during this developmental stage and greatly important for school success. (Kray and Ferdinand, 2013).

With our interactive Paleo game, cognitive training is enriched with movement exercises which in return strengthens a child's cognitive ability of response inhibition and interference control.

Paleo is set in an ancient world in which children can play as a character - a prehistoric man or woman. When a series of cognitive or math problems are presented, the child has the ability to move their body left or right to collect falling objects according to their answers to the problem and/or task.

Another fun and challenging feature Paleo showcases during the game play is dropping eye-popping items onto the student player such as: types of food, bombs, bottles of liquid related to stamina and numbers. Paleo's game structure helps students to think quickly before acting and to focus on their motor behavior.

Watch the game trailer below to see how Paleo:

This highly effective and engaging game allows children to respond to:

Looking to take your students on a prehistoric adventure? Search no further - experience Paleo in your classroom!

Diamond, A., Ling, D. S. (2016). Conclusions about interventions, programs, and approaches for improving executive functions that appear justified and those that, despite much hype, do not. Developmental Cognitive Neuroscience, 18, 34-48.