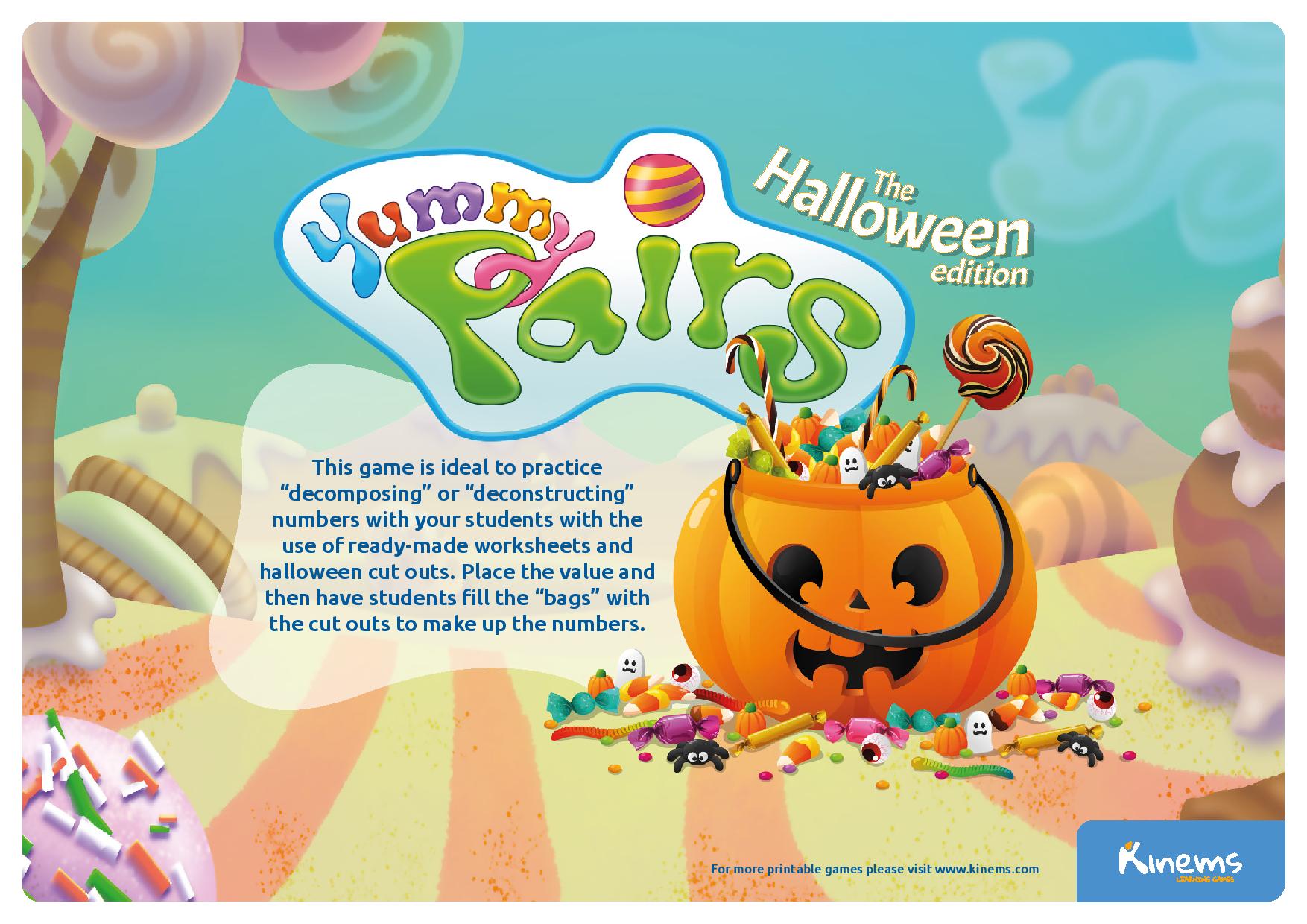 Keep your little monsters busy and engaged this Halloween.

Math will be a TREAT as students practice one of the most important fundamental math concepts for the early grades using these fun games and activities!

In the Yummy Pairs Game: Halloween Edition children use ready-made worksheets and Halloween cut-outs to practice “decomposing” or "deconstructing" numbers that appear as positive integers or quantities using the ten-frame representation. This means they will explore the pairs of number combinations that make up the number.

This is an ideal board game for kids to not only learn one of the most important fundamental math concepts but also spend time playing it with the whole family at home, as well as in the classroom.

The Yummy Pairs character lives in an imaginary world of candies. Your kids will use the board games to create number combinations depending on their current understanding of numbers from 1- 9 and then 10-19 and onward to other representations of tens and ones.

Select the range of target numbers that your child will be asked to make and the difficulty level that involves representing the available pairs of numbers from which the student will choose. This game offers unique learning experiences to the children about how numbers can be broken apart and put back together. 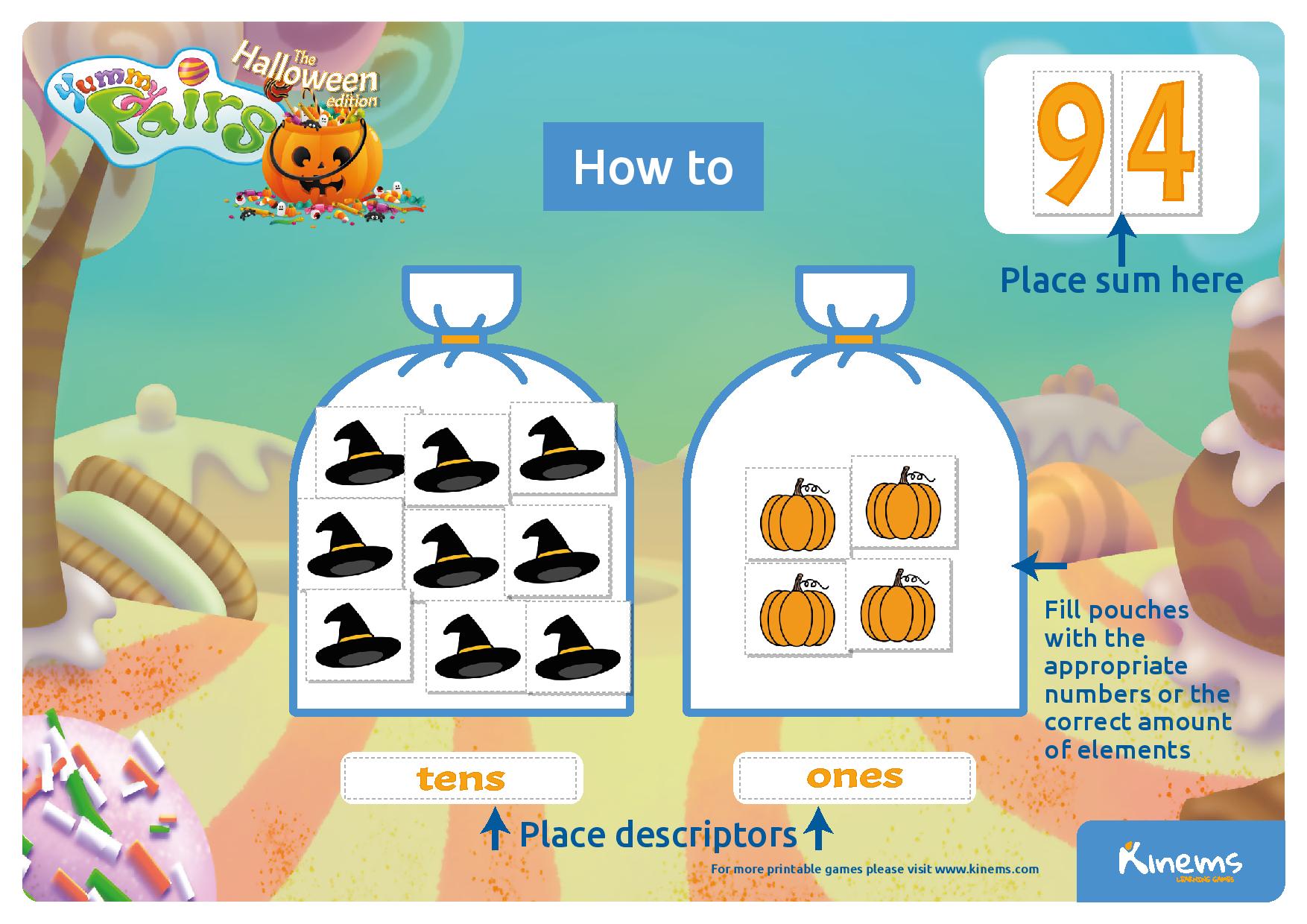 In this game use the Halloween objects to represent pairs of numbers that make up numbers 1-10. Place a number between 1 and 10 in the top right corner “target” number space. Then place the label “ones” under each of the two bags for candies on the game board from page 2. Using the candy counters represent and count out the numbers. So if the number is seven, they can place three candies in the first bag and 4 in the second. Grab the corresponding numerals and put them in the bag with the candies. Make all of the factors of 7 (6+1, 2+5, 0+7, and then reverse them into 4+3, etc).

If your child is ready to understand tens, you can use ten hats to represent the ten and then pumpkins to represent the ones. In this way, you begin to teach that 11-19 are made up of ten and ones. But use the label “ones” in both until your child has the “ah-ha” moment that every one of the “tens” have the 10 and when you write the number, the 1 always represents the ten. Then you can place the 1 in the bag you label “tens”. So for 15 up in the right hand corner, you then place the “tens” label under the left bag and the “ones” label under the right hand bag. You can then place the numeral 1 to represent the 10 elements in the tens bag and put 5 elements in the right hand bag. Keep practicing with all of the tens until the concept is clear.

If your child is ready for the game board from page 3, introduce hundreds starting with ten tens or 100. We have included additional activities to reinforce these number concepts. Use the template to explore decomposing numbers from 100 to 999.

Understand that the two digits of a two-digit number represent amounts of tens and ones.

Suggested additional activities to introduce/reinforce or re-teach these concepts