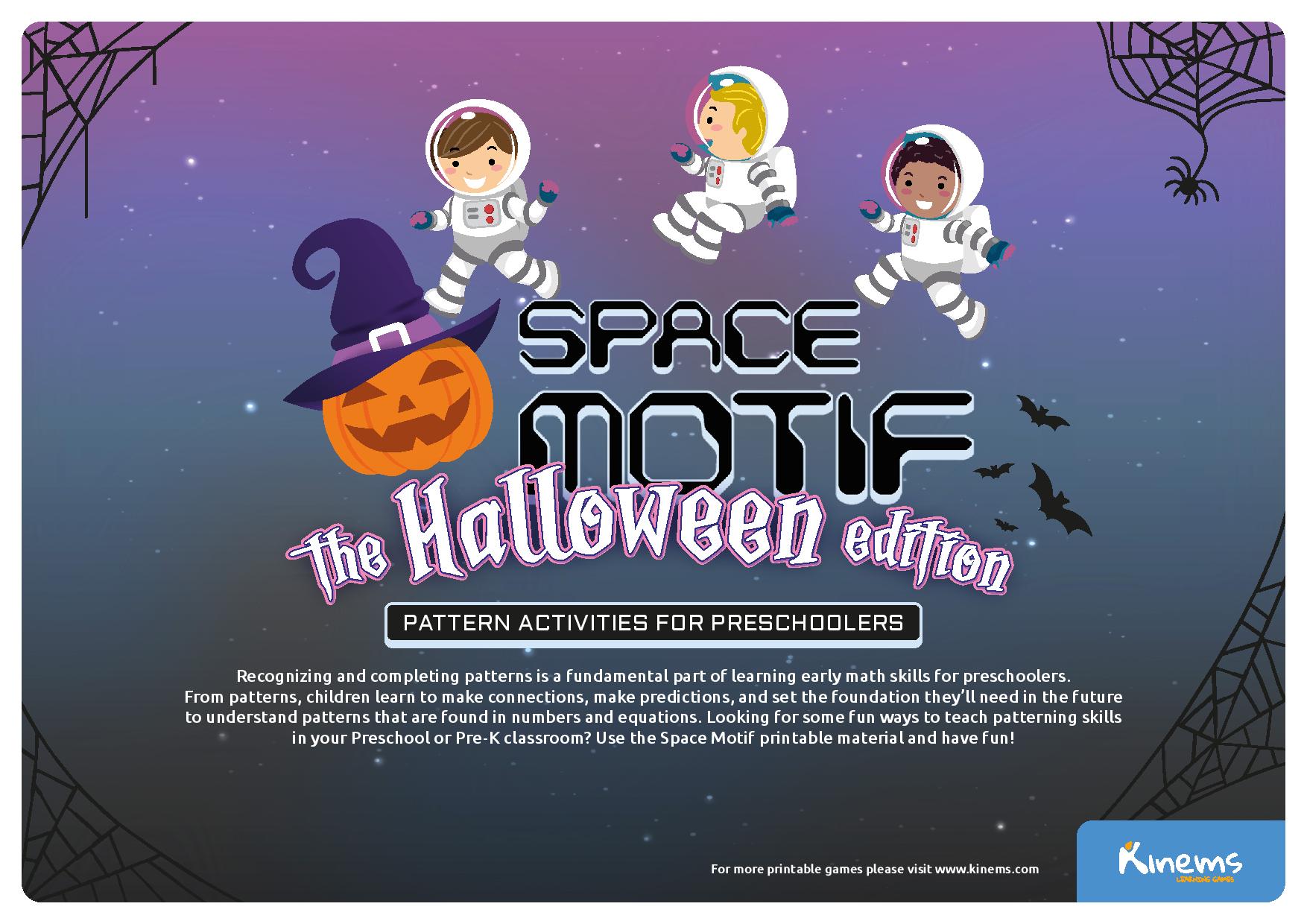 Pumpkins, bats, spiders, Halloween costumes, treats and more! Tis the season for ghosts and ghouls. Halloween is almost here and the spooky game, Space Motif: Halloween Edition is just what you need.

This spooky game is ideal for practicing patterning!

Patterning is a fundamental skill that helps children make connections and predictions. This game teaches matching, sorting, making repeating patterns, sequencing, visual memory and problem solving, as well as describing the solution to the patterning. It creates an understanding and recognizing patterns in future math problems and equations.

BEWARE ! In this edition, children will be:

The theme of Space Motif: Halloween Edition is Halloween. The images are of candies, monsters and all kinds of Halloween elements. Before playing, you might want to find some videos if your child is not familiar with the concept of this celebration.

Ways to use the Space Motif resources

Remember to be a pattern, it needs to repeat itself at least two times! 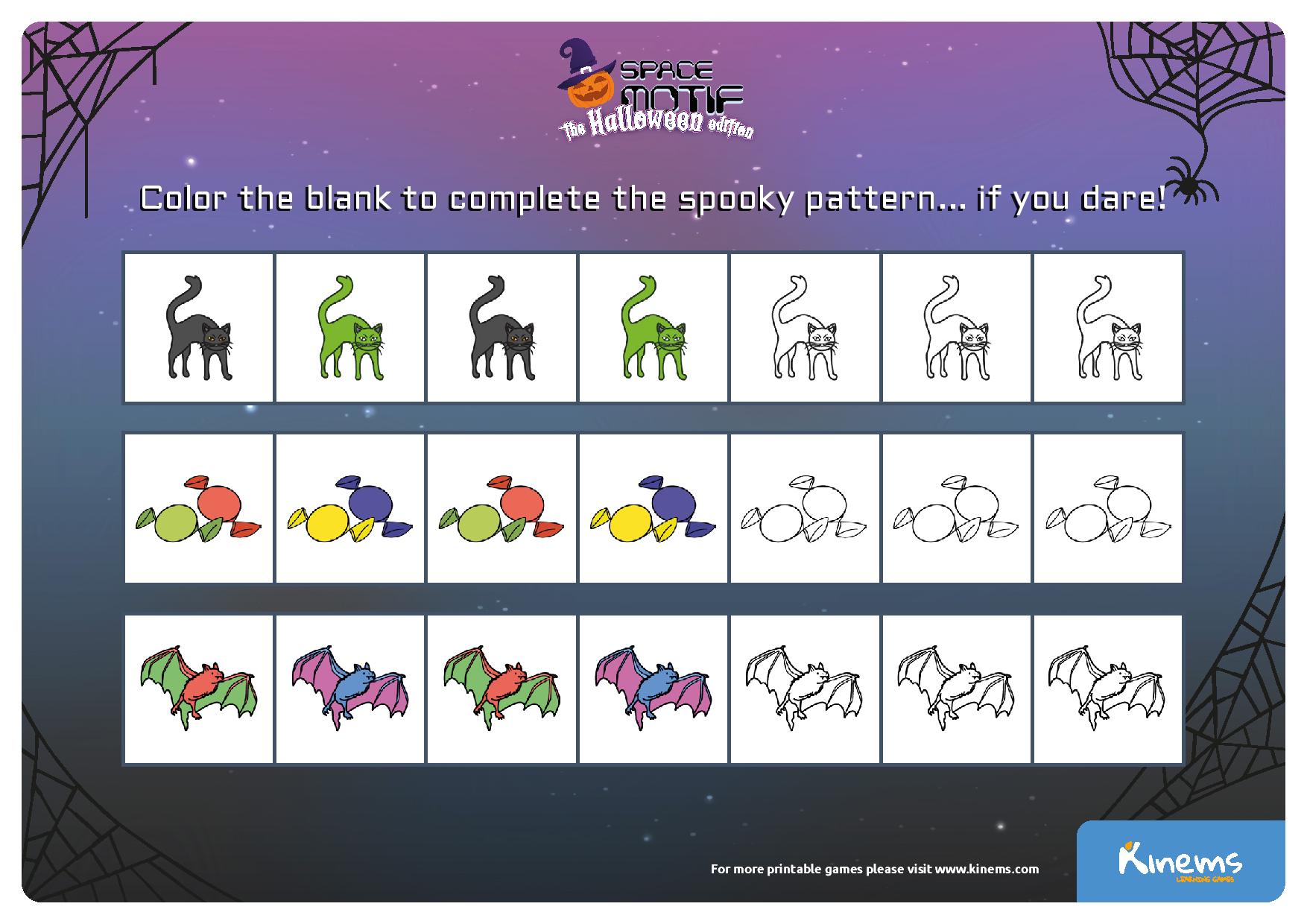